I used to think “talking to and listening to God” was the only definition of prayer. It sounded simple enough and neat and tidy. It made the whole thing sound easy, which is why I felt such an enormous amount of guilt when it never felt easy for me. Prayer was something I never did enough and if I ever did get prayer time in I worried that I wasn’t praying deeply enough or holy enough or selflessly enough. So, I don’t pray enough and I don’t pray the right way.

I like to imagine what God thinks of us beating ourselves up for not giving ourselves to Him the right way. I’m getting to know Him better these days and one way I do that is by remembering He is our Father. I can relate to him a little that way because I am a mother. How I feel about my kids must be some smaller scale example of how He feels about me. When my children work to be the best version of themselves you will not find me focusing on the ways they fell short. My children’s efforts are so pleasing to me. So pleasing. The efforts themselves are enough, even. I’m learning that God probably just wants to embrace us and remind us how much our efforts delight Him. It must please our Lord so much that we desire to be better and do more even when we fail. Our efforts must mean something to Him because my children’s efforts mean so much to me.

I’m starting to wonder if that earlier definition of prayer (“talking to and listening to God”) isn’t selling prayer short. Is it putting us in the position to do some thing? Maybe prayer isn’t something you do at all. What if prayer is something already being done, it’s something we enter into. Prayer is being exactly where you are when you’re there. The deepest prayerful experiences I’ve had, have been during moments when I’m simply paying attention.

Prayer happens when I try to steal a few minutes alone with the Lord, but I’m interrupted. My oldest baby wakes up a few minutes earlier than normal and she’s crying because of a bad dream. The real prayer begins when I shut my Bible and I’m completely available to her. Prayer is wiping her tears away. A younger Diana would’ve thought my daughter was interrupting my prayer time but I know now that I was being invited into something deeper and harder and more sacrificial. 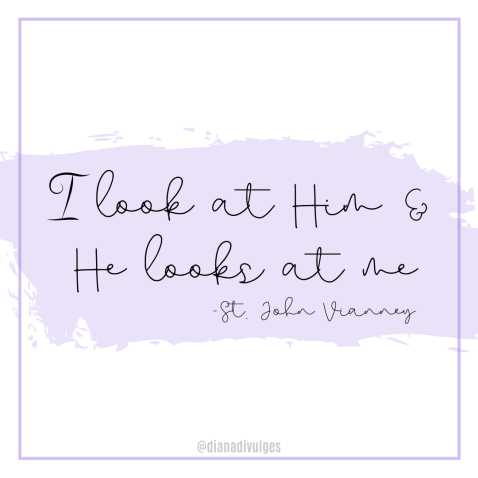 One was a moment I was trying to create and another was a moment the Lord was inviting me into. When we are completely present and paying attention to the people and events around us we are communicating with God. We are praying.

A couple weeks ago I watched Just Mercy a movie based on a true story starring Jamie Foxx. There is a moment in that movie when a man on death row is executed. I was so sorrowful when watching that part of the movie that I had to pause it and sob into my shirt. I cried for that man and I cried for all of the men like him who have lost their lives in that way. I cried for God who must be so incredibly sad when we treat one another that way in the name of justice. I cried. And those tears joined me to Him and to everything and to everyone. The sorrow I felt allowed me to participate in some bigger thing already happening. 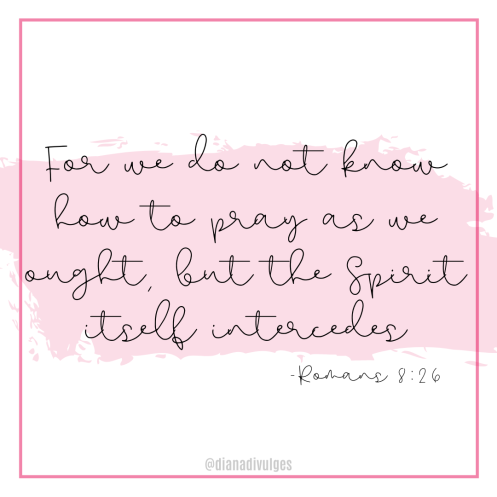 It was the deepest prayerful experience I’ve had in a while and I said nothing and I heard nothing and it began while watching a movie. There’s nothing wrong with talking to God and listening for His voice. I imagine praying that way brings Him great joy, too, knowing that we’ve carved time out of our day for Him. I just think that it’s important that we not miss out on opportunities for prayer already unfolding all around us. When someone who you love dies and you feel deep, deep pain and are overwhelmed by sadness so thick that you literally are unable to pray, maybe you already are praying. It’s nothing you have to do because it’s already happening.

View all posts by Diana

4 thoughts on “Prayer is Noticing”

I'm so glad you're here and I'd literally LOVE to hear from you! Send me a message (on the contact tab) or come say hi on Instagram or Facebook!